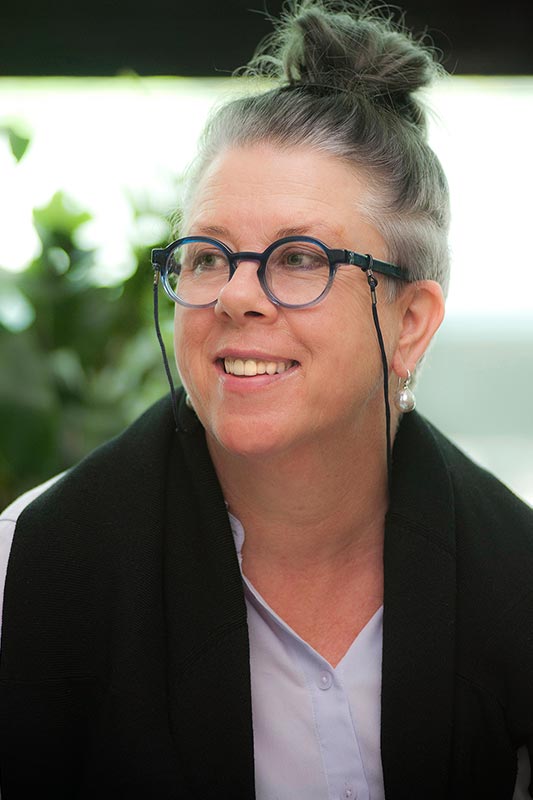 Charlotte Seymour is director of Seymour Films and Producer and Business Affairs Manager for Film Art Media with over 20 years of screen industry experience. Seymour Films recognises the importance both cultural and commercial of gender equality, diversity and inclusion in screen content and aims to tell relevant stories through standalone and returnable series drama that matter to audiences today.  Her professional goal is to develop and produce a drama slate with Seymour Films to produce critically acclaimed long-form drama series.

Most recently she was Executive Producer of the Indigenous short drama Elders that was in competition at the 2020 Berlinale and produced the online TV drama-comedy series  Other People’s Problems ( 5 x 7 mins) for ABC iview and Screen Australia as part of The Long Story Short Initiative. Other People’s Problems premiered at the inaugural Australian, Series Mania Festival to a sold-out house in July 2017 and was invited to screen at the Berlin Film Festival 2018. With Executive Producer Sue Maslin she is developing the feature The Language of Birds with writer/director Erica Glynn, based on the book  Of Ashes & Rivers that Run to the Sea by Marie Munkara. Also with Erica Glynn & Beck Cole she is developing a comedy/drama series The Anchor as well as the drama series Relative Strangers both with Development support from Screen Australia. Documentary series include Send in the Clowns with writer/director Wain Fimeri. Her most recent television documentary Harry Seidler – Modernist screened on ABC TV in 2016. Previous credits include award winning documentaries Remembering Country for SBS and A walk with Words for ABC and her short feature/telemovie Queen of Hearts, 2004 was AFI winner for best short screen play.

As an Executive Producer at ABC TV 2005 – 2006, she was responsible for producing over 50 hours of television arts programming and was involved in the production process from commissioning & creating content and formats to scheduling and editorial policy requirements. As a freelance consultant, she designs & co ordinates online, documentary & producing initiatives for the Indigenous Department at Screen Australia and WIFT/SPADA in New Zealand.

Charlotte was Administration and Program Operations Manager at Screen Australia from 2006-2014 where she was engaged in change management and responsible for establishing a new administration team to manage all funding guidelines, policies and worked with internal and external stakeholders, assessors and applicants in the delivery of all of Screen Australia’s funding programs.

Charlotte holds a Fine Arts degree from ANU, and a Masters in Producing from AFTRS, where she was the winner of the Kenneth Myer Fellowship for Producing, the David Heidtman Pitching Prize as well as the Kodak short drama prize.