By Diana FiskJuly 10, 2019Uncategorized
No Comments 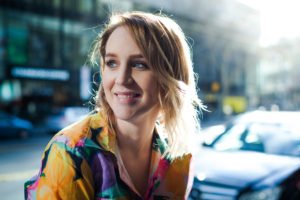 Diana Fisk is announced today as a recipient of Screen Australia’s $1.2 million in enterprise funding which provides her with a career placement at Film Art Media for the next 2 years.
Diana Fisk is a Melbourne based screen producer and advocate for emerging and established female identifying screen practitioners within Australia.
As part of the Enterprise Fund investment Diana’s role as Creative Producer will allow her to utilise and build her skills in producing assisting Film Art Media with its next international feature co-production ‘The Variations’ and the feature documentary, ‘The Show Must Go On’.
Diana will accompany Sue Maslin to the 2020 Berlinale to broaden her understanding of international film markets and how they will be used to progress her own slate of projects in the future.
For further information on the Screen Australia announcement today, please visit:
https://www.screenaustralia.gov.au/sa/media-centre/news/2019/07-10-screen-australia-enterprise-funding