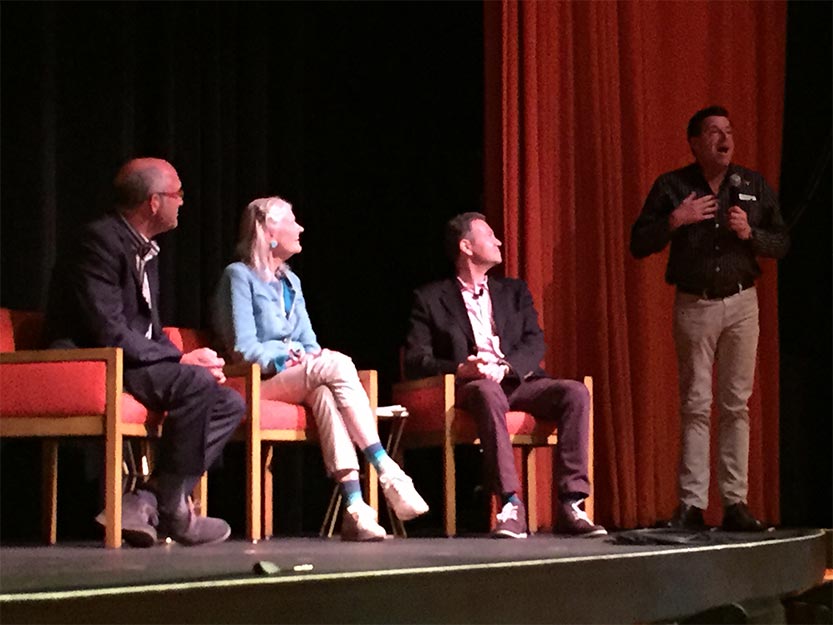 The Annenberg Theatre in the Palm Springs Art Museum was the venue for an enthusiastic and excited crowd for the US Premiere of the Film Art Media documentary Harry Seidler: Modernist.

Director Daryl Dellora and partner Professor Jenny Hocking attended the event with Harry Seidler’s widow Penelope Seidler, architect and partner in the firm Harry Seidler and Associates and her daughter Polly Seidler. The crowd lapped up the beautiful images of Australian mid-century modernist houses and the dramatic story of Harry’s life and long list of architectural achievements. His young life as a Jewish refugee from Nazism and his internment by the British and Canadians seemed incredibly relevant and resonated with all who attended.

The screening was followed by a panel discussion and Q&A featuring Daryl Dellora and Penelope Seidler with architectural curator Vladimir Belogolovsky moderating. The film was warmly received with the crowd shouting bravo! at the end of proceedings. 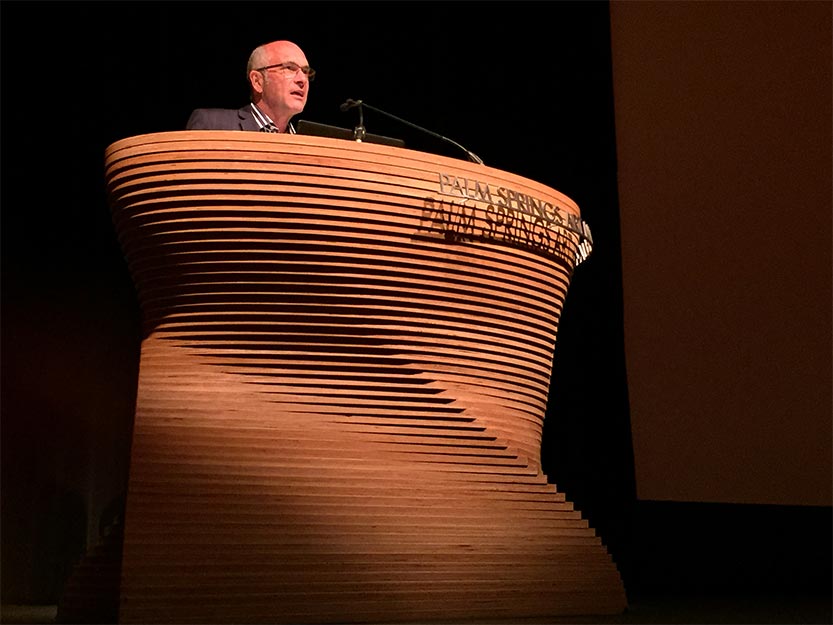