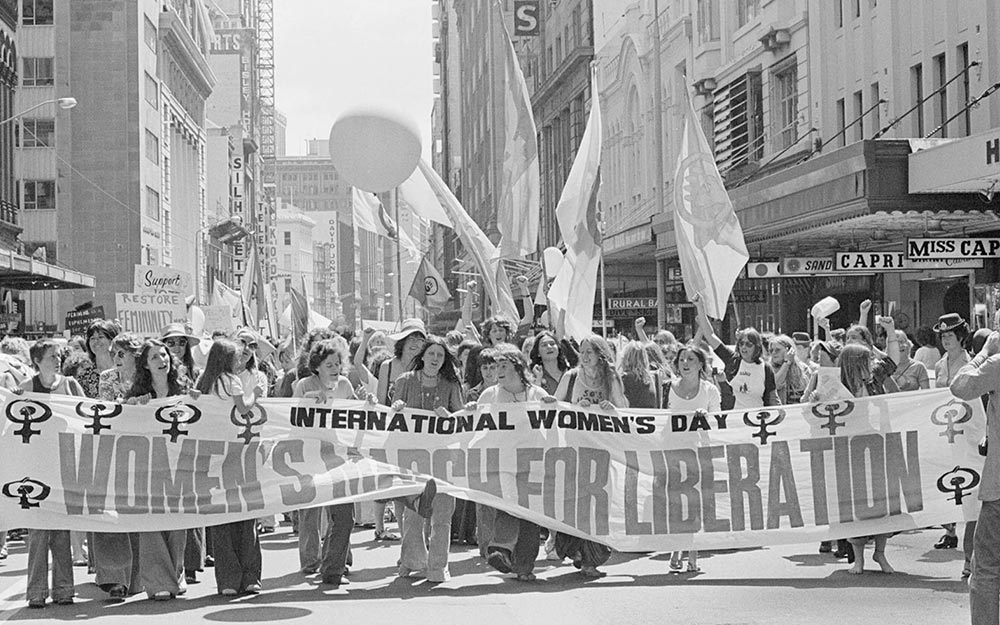 ‘It was one of those epoch-breaking periods that can only be sustained briefly but, within which, everything is born.” SUZANNE BELLAMY

BRAZEN HUSSIES introduces contemporary audiences to the Australian second-wave feminists, who declared war on ‘male chauvinism’, traditional sex roles and demanded that women be set free from the ‘chains of femininity’. This feature documentary traces how the Australian Women’s Liberation Movement was born amidst the tumultuous politics of the 1960s, influenced by the anti-war, anti-imperialist, and civil rights

movements worldwide. The film combines a treasure trove of startling archive footage with interviews from key activists from around Australia.

From its first stirrings in Brisbane in 1965 to its controversial incursions into the Whitlam government from 1973 to 1975, the film shows how women began organising around issues such as equal pay, reproductive rights, affordable childcare, and the prevention of family violence and rape. As the story unfolds, these issues go from being dismissed as the outrageous demands of a few “brazen hussies’’ to becoming crucial elements on the platforms of Australia’s major political parties.

From the radical arm of the ‘Women’s Libbers’ to the reform-focused groups such as the Women’s Electoral Lobby, BRAZEN HUSSIES shows the diversity of women involved, and the collective power it took to achieve change. The film explores how ASIO spied on the movement, the pushback by the male-dominated media, and the impact of internal struggles within the movement. Tensions emerge over the inclusion of lesbians and the relevance of the movement to Aboriginal women.  These struggles are laid bare to show how the activities of a small group of determined women grew into a huge social movement and ultimately changed the lives and opportunities of ALL women.

By going back in time, BRAZEN HUSSIES reveals how the changes demanded by these women 50 years ago, have paved the way for where feminism finds itself today. While the landscape, breadth and diversity of feminism is vastly different today – without this movement and the changes it achieved, we wouldn’t be where we are now. Recording and celebrating this important history, offers a valuable opportunity to reassess and discuss where we are at as a society, what gains have been made, what is at risk and where we are headed. While the struggle is far from over, women and girls today will be inspired by the pioneering efforts of those who came before them and changed the world forever. 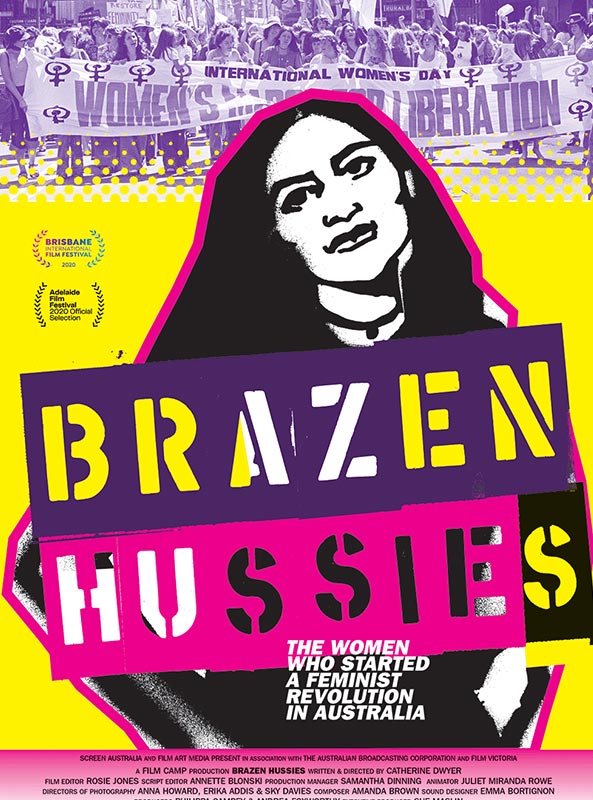 The full-length trailer for the highly anticipated feature documentary BRAZEN HUSSIES has today been released, ahead of the film’s national theatrical release later this year.BRAZEN HUSSIES celebrates the bold women…
Read More
August 7, 2020 in Uncategorized

FREE WEBINAR AT 1PM – 2.30 PM, MONDAY 20 AUGUST 2020 Film Art Media will present a webinar for documentary filmmakers as part of the Wellness Roadshow, the centrepiece of…
Read More
July 20, 2020 in Uncategorized

Join the cast from THE SHOW MUST GO ON 2pm Sunday 26th July in an exclusive Facebook Live stream event! Discover more about their wellbeing stories, their reaction to the…
Read More
May 26, 2020 in Uncategorized