By Diana FiskJanuary 26, 2019Uncategorized
No Comments
The team at Film Art Media are proud to announce that Sue Maslin has been appointed as an Officer (AO) of the Order of Australia announced in Canberra today.

The Order of Australia is the principal means of recognising outstanding members of the community at a national level and nominations are encouraged from all members of the Australian public.

Sue is one of Australia’s most successful film producers with a track record of producing award winning feature and documentary films. Feature credits include Road To Nhill, winner of 2003 Best Feature Film at Thessaloniki International Film Festival; Japanese Story, winner of 2003 AFI Award for Best Feature Film and Hunt Angels, winner of the 2006 AFI Award for Best Feature Documentary Film. Her most recent is the smash hit The Dressmaker, one of Australia’s all time highest grossing films winning five awards at the 2015 AACTA Awards.

Sue is committed to engaging and empowering audiences with ideas that matter. Her most recent documentary Jill Bilcock- The Art of Editing received the Greater Union Audience Award for Best Documentary at the 2016 Adelaide Film Festival and was nominated for Best Feature Documentary in the 2018 AACTA Awards.

Sue’s outstanding 35-year contribution to the Australian screen industry has been recognised previously in numerous ways. In 2012 she received the inaugural Jill Robb Award for Outstanding Leadership, Achievement and Service to the Victorian Screen Industry.  Reflecting her commitment to advocacy for women, Sue was inducted into the Victorian Honour Roll of Women in 2018 as well as made Patron of Women In Film and Television (Victoria). Sue was a founding director and continues to serve as inaugural President of the Natalie Miller Fellowship, an organisation dedicated to inspiring leadership and increasing the participation of women in the screen industry.

Sue will be invited to attend an investiture ceremony to receive the insignia of the award on a date to be announced this year. 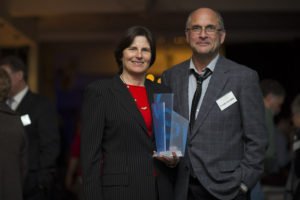