The Dressmaker wins at AHEDA Awards 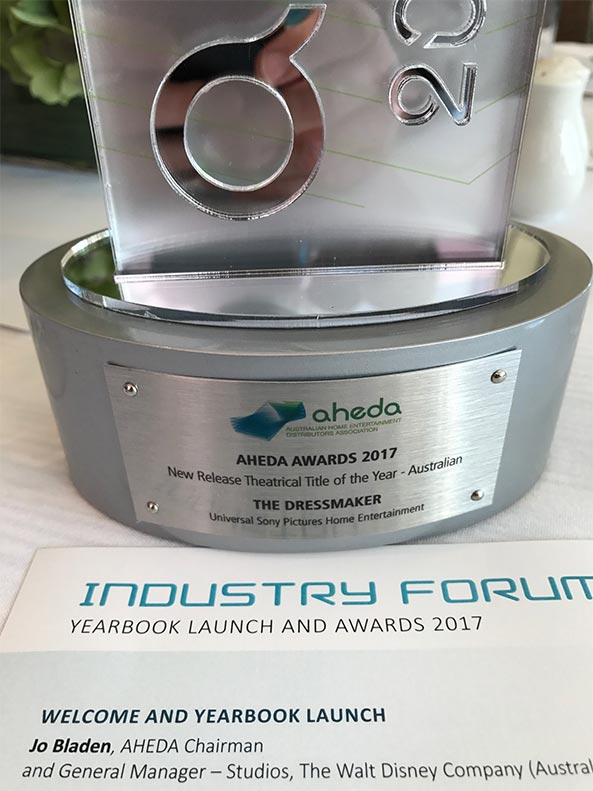 The Dressmaker has taken home another award at the recent Australian Home Entertainment Distributors Association (AHEDA) Awards. The film won the award for biggest selling Australian theatrical title in 2016.

AHEDA represents the $1 billion Australian film and TV home entertainment industry, including DVD, Blu-ray and digital content. The AHEDA Awards is an annual event that recognises sales and marketing achievements throughout the year. This year, the awards took place as part of the Industry Forum in Sydney on Friday 31 March 2017.

The Dressmaker is available to buy on DVD/Blu-Ray from all good retailers and to download on iTunes. The special edition DVD released on 23 Nov includes Behind The Seams – The Making of The Dressmaker, also available to rent/buy on Vimeo.